Masks are optional on TriMet. However, the Multnomah County Health Department, the Oregon Health Authority and the Centers for Disease Control (CDC) recommend wearing a mask in indoor settings, including public transit. More 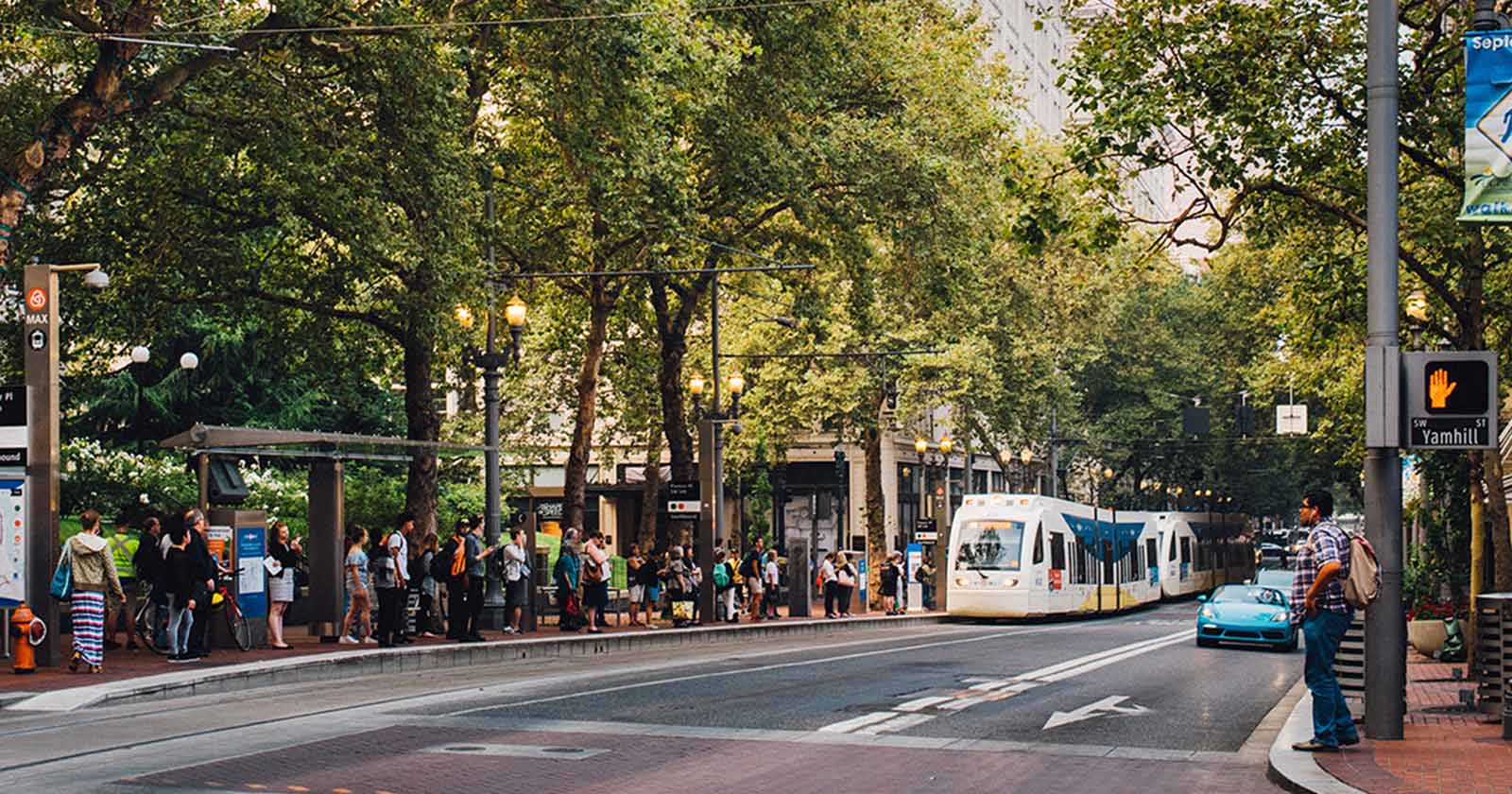 Fares and Fare Enforcement on TriMet

Oregon law allows TriMet to charge fare and set the price for riding our buses and trains. It also gives us the authority to set rules relating to the protection and use of the system, including enforcing the fare requirement.

TriMet can resolve fare citations directly with riders after we worked with the Oregon Legislature to give us that opportunity.

Prior to July 1, 2018, adults who received a fare evasion citation had to resolve it in the courts. (While fares are needed for using our transit service, skipping fare is not a crime that should have life-long consequences.) Now, for fare evasion citations only, riders can resolve those citations with TriMet within 90 days by paying a fine, performing community service or enrolling in our Honored Citizen reduced fare program.

Ways to resolve a citation

(Fare evasion citation waived if an adult rider meets ALL of the following criteria.)

A fairer citation process is just one of the ways TriMet has made our transit system better. We’ve used the rules that govern our system — the TriMet Code — to prohibit arrest for fare evasion only. When an inspector checks your fare, you aren’t being detained in any legal sense — but if you choose to walk away without showing your fare or refuse to identify yourself, a nearby law enforcement officer could have reasonable suspicion to stop and talk with you. If you violate any state laws, including giving the police officer a wrong name or other false information, you could be subject to arrest.

Transit should work for everybody, and it’s important that we’re all treated the same. TriMet routinely asks for an independent party to examine our fare enforcement practices. PSU’s Criminal Justice Research Institute found no systemic racial bias with analyses published in 2016 and 2018.

TriMet provides transit service to the community that is affordable, with reduced fare or free fares to those most in need.

TriMet has a reduced Youth fare for ages 7–17 and students in high school or pursuing a GED. We work with the Portland Public School District to provide high school students free transit service during the school year and offer other school districts in our service area the opportunity for free transit for their high school students who need it most. Children 6 and under ride free on TriMet’s buses and trains, with a paying passenger.

TriMet also works with social service agencies, non-profits and community-based organizations to provide those groups with reduced-cost or free fares to get them to those in our community who need free fares the most.

Also, TriMet’s base fare is on par with other transit agencies our size. We also offer 2½-hour passes, day passes and cost savings through Hop Fastpass®, which allows riders to earn day and month passes as they ride—without the upfront cost of a pass.

Here are some common questions we’ve been asked about fares:

I heard that fare inspections are unconstitutional. Why are they still in effect?

The opinion issued by a judge in a 2018 court case that found a specific fare inspection had been unlawful, led to some confusion about fare inspections. The opinion was in conflict with other court opinions and it did not have any bearing on our fare inspection practices in general. And, importantly, it did not bar us from continuing to require and check fares, a power granted to Oregon transit agencies under state law.

Fares are essential to our service, and we continue to require and enforce them for a number of reasons. First, fare checks encourage people to pay for their rides, and this revenue helps us fund service, including adding more buses to get you where you need to go and reduce crowding on board. Fares also help us add new routes, expand service to more neighborhoods and other improvements.

Fare inspectors also provide an important security presence. They not only check fares but make sure everybody on board is following the rules for riding. They also help riders and operators with security concerns.

Is fare evasion a crime?

No, fare evasion is not a crime. But valid fare is required to ride all TriMet buses and trains, and on rail platforms. The TriMet Code states that we have the authority to, “...fix and collect charges for the use of the transit system and other district facilities” as stated in Oregon Revised Statute 267. The statute also gives us the right to set rules that relate to how our system is used. TriMet Code also says that those who ride our transit system have a responsibility to show a valid fare when requested.

If you’re continuing to enforce fares, how are you making things better?

Transit should work for everybody, and it’s important that we’re all treated the same. We’ve twice asked an independent party to examine our fare enforcement practices. Both times the resulting studies from PSU’s Criminal Justice Research Institute found no systemic racial bias. You can read those studies here and here.

We’ve also made the changes to way fare evasion citations are resolved to make the system fairer for riders.

Finally, we changed who can qualify for our Honored Citizen reduced fare, allowing those living on a low income to ride for less.

Fare enforcement is a complex and often fraught topic. We want to assure you that our policies for collecting and checking fares have been made with careful consideration, and that we will continue making adjustments to improve. Because our riders deserve the very best: safe, reliable and affordable service, with zero tolerance for discrimination.

Do you have more questions about fare inspection?

Please send us your thoughts and we’ll get back to you.